When they are puppies we think we have all the time in the world before they get old but in blink of an eye they become senior dogs.

Now this varies by breed, smaller breeds with a longer life span will be older before being considered a senior. But for Chesapeake’s their life span is 10-12 years on average so they are considered to be senior dogs when they are about seven.

I have two senior dogs, well actually they would really be considered geriatric because they are at the older end of the senior spectrum.

I look at them and think how my time is most likely coming to an end sooner than I would like but all I can do is love them and cherish every day!

Both girls are in fairly good health but I notice some things that tell me the body is aging even if the mind is not.

Cheyenne has several lumps on her body but they have all been checked out over the  years and unless they change my vet said don’t worry about them because they are fatty tumors*. The biggest change in her has started over the past six months or so, she does not have the power in her rear end she once had. She can no longer jump up on the bed with me although at times she really wants to. I could try putting some steps next to the bed for her but the problem with that is if she decides to jump off she could really injure herself. In her mind she is a young pup, she goes flying down my porch steps and sometimes lands on her side…this makes me gasp and hold my breath until she jumps up and starts barking at me. I have started to really encourage her to take her time by telling her “EASY”, this seems to work for us. She is still able to jump up in the van and loves to go. When she gets up after laying down I can hear her making grunting noises but she is a happy girl all the time.

Well if I can’t jump up on the bed I will just rest my head here!

Riva has shown a couple signs of aging, the occasional grunt when she gets up and her hearing. I have always said she has “selective hearing” because when I call her she always looks behind her at the ghost dog Riva as if to say “she’s calling you again”. But one day I called and called her and she just laid there so I walked up to her and called again and it made her jump so I knew she didn’t hear me the first few times. She has very little gray on her muzzle and she is able to jump up on the bed with ease. I haven’t really noticed as many lumps on her as Cheyenne but every dog is different and she may never get many. She is still a bad counter surfer and garbage picker…age has not changed that in the least. She is and has always been my snuggler, she loves to be right next to me. Her favorite position is curled up next to me on the bed with my arm around her. 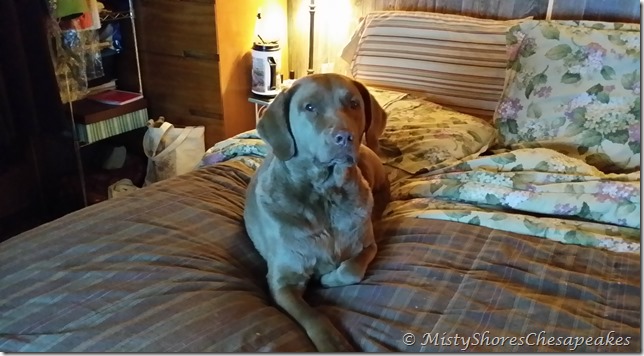 Just keeping your spot warm for you!

The best we can do with our senior dogs is keep them as active as possible and keep an eye on any changes we might notice such as eating, drinking, elimination. I do supplement them with coconut oil.

Cheyenne and Riva say if you have a senior dog give them a big hug and a juicy treat today!!

*Fatty tumors or Lipomas are subcutaneous (underneath the skin) masses or tumors that develop commonly in dogs. They are usually soft, with limited mobility under the skin. The overlying skin is usually not affected. Over time they can grow larger and can impede movement if they are located between the legs or low on the chest.

I share my life with five Chesapeakes, Riva, Maia, Titan and my newest additions, Zelena and Thalia. My sweet Cheyenne went over the rainbow bridge May 2016. I like to do Hunt Tests, Conformation shows and a variety of other activities with my dogs. I am a small hobby breeder and have a great love for this breed! I'm active in my national breed club, the American Chesapeake Club (ACC). Mostly I just love to be with my dogs!! View all posts by Misty Shores Chesapeakes

We would love to hear from you!! Cancel reply 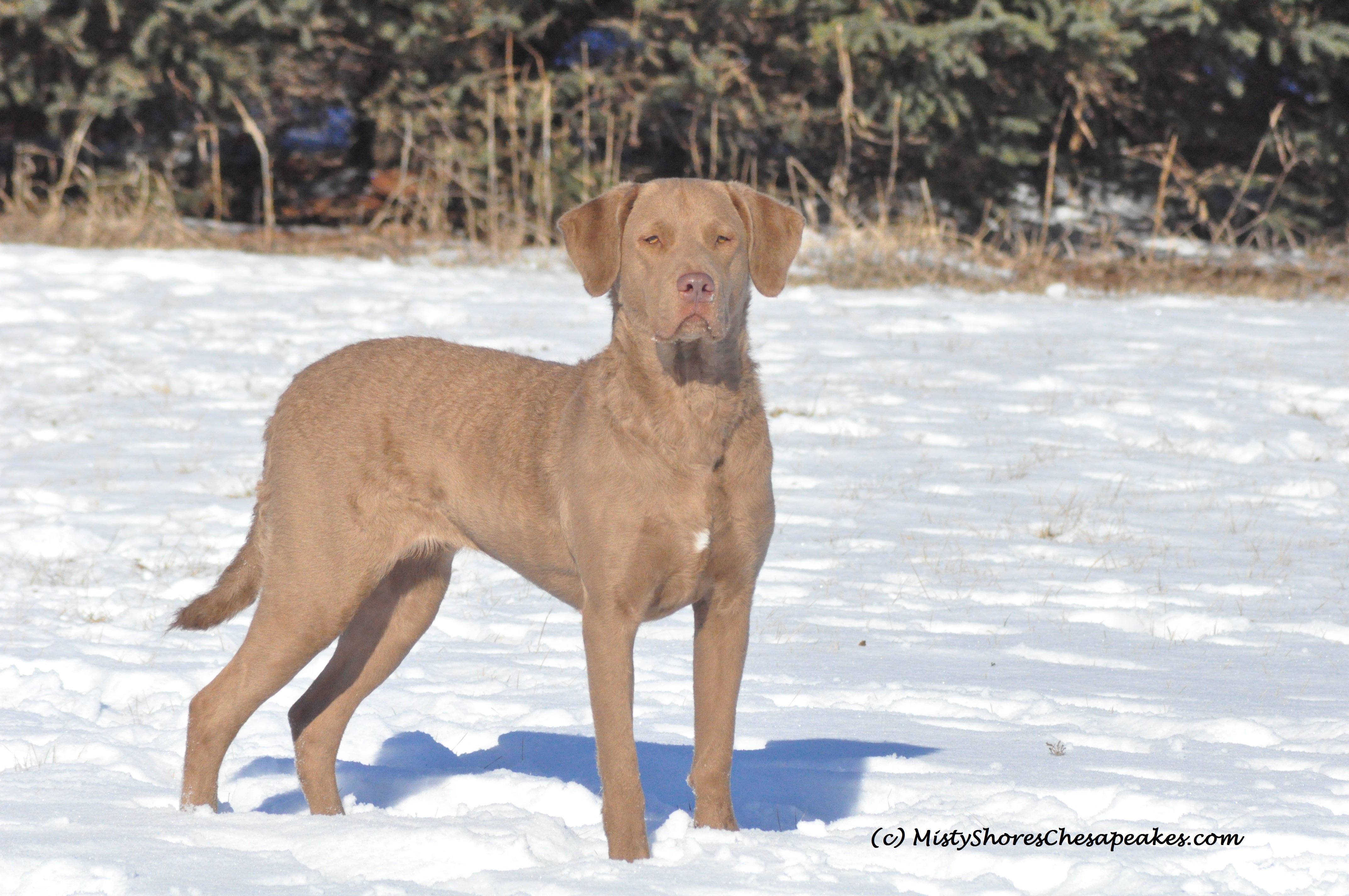 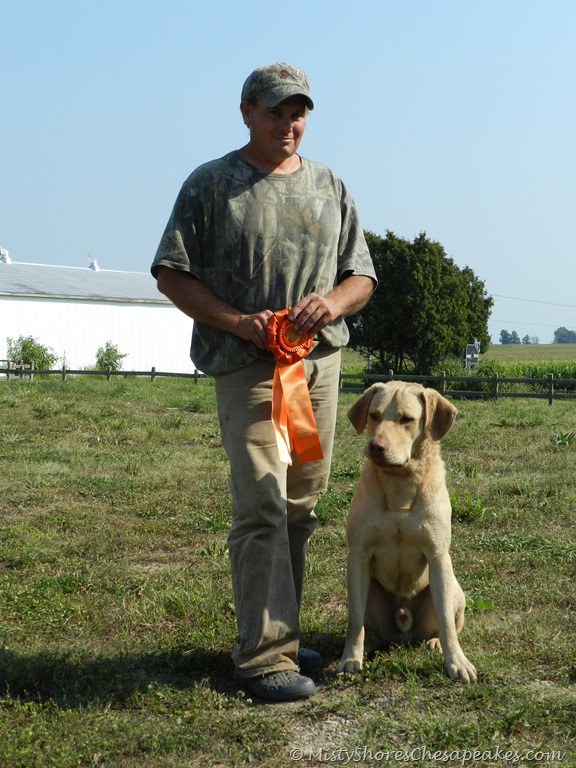 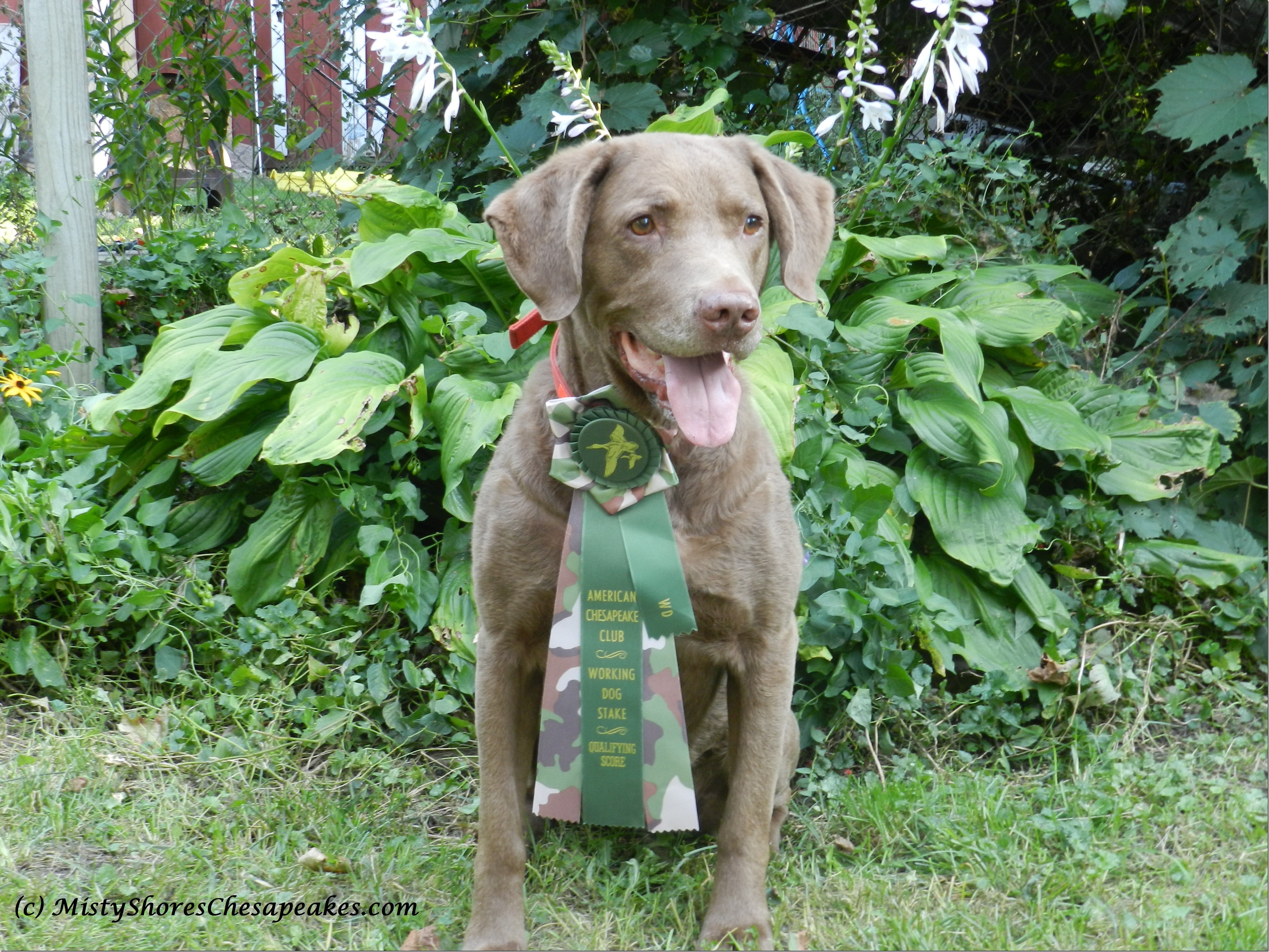 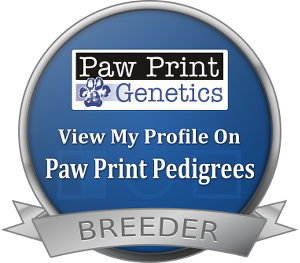 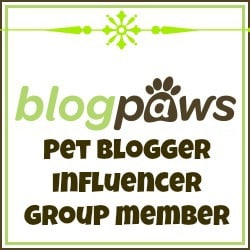 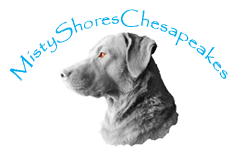